It was for an alternate history novel that took place in the Civil War era. That's all you'll ever hear about it.

Now, I was thirteen when I queried my first novel. I received a couple requests for it, which (not surprisingly) resulted in passes. But I also received encouragement from agents who knew my age and believed in a couple years my writing might be strong enough to sell. I will always be grateful for their words. Writing is what I've always loved to do, ever since I could write. The number of unfinished--and a couple finished--short stories in the journals in my closet is too high to count.

So, I set my first novel aside. I started some others and eventually settled on a fantasy for young adults. I have no idea how many revisions it went through over the couple years I worked on it. But in June of 2011 (yes, a long time later), I started querying.

From June to October, I sent out queries and landed a grand total of two requests. Beta readers had loved it--even the agents who read it admired the writing. So what was up with that?

Well, this is what I think:

A. It was a high fantasy, which few agents rep.

B. Angels and demons were involved--in a different way than in paranormal books, but their appearance in the query was probably a turn-off.

Whatever the reason, by October I decided to stop querying and set the book aside. I had simply spent too much time on it.

And a new idea was calling.

A poisonous, giant moon looming in the sky. That's how Extraction began.

The idea came to me from a single line in a manuscript written by a dear friend of mine, the lovely Riley Redgate (who blogs over at In The Jungle). She mentioned a moon in the sky, and for some odd (but awesome) reason, I pictured it way bigger than it was actually supposed to be. And then wondered what the world would be like if the moon were poisonous.

In the summer of 2011, I wrote the first chapter for a book that involved this giant, poisonous moon. For a while, I set it aside, but in October, I was ready to dive in again. See, it was the week of my birthday (on October 7th). The idea had been developing in my head long enough that I knew I had something special, and I was determined to spit it out.

I set a goal for myself: I had until December 1st to write the first draft. I finished about seven days early.

People always say it's a good idea to step away from a manuscript before revising it, but I ignored them. I flew straight into revisions, found myself some beta readers, and had a query out January 9th.

Thereafter, I started getting rejections.

Oh my, I thought. The query had been polished and given the stamp of approval by many writer friends. What was going on?

I won a full request through a pitch contest online, so I had a feeling it was the query, not the premise or manuscript that was getting me rejections. I revised the query again. I tried a couple different versions. Still, nothing.

One day, I came across a query by a published author that inspired me to try something brand-new. I whipped up a new query and sent it out on February 13.

Sure, I was still getting rejections, but the requests were enough to get me excited. Finally, agents were reading my manuscript!

February 23, I got a call from an agent who had requested my full. No, this was not "the call." It was a wonderful agent who took the time to let me know he had started reading and stopped after a certain point. He explained why. He told me what was wrong with my novel and offered suggestions to fix it. And I am so glad he did. I owe a lot to him.

That evening, I started revisions. They took me a good month, as I rewrote half the manuscript.

I finished and started sending queries out again. On April 2, I received a request for revisions from another dear agent. These revisions took me about the same time, though they were of a different nature and, at least in my mind, not quite so major. Again, I was incredibly grateful for suggestions. It was clear to me by now that the manuscript I'd first queried was not anywhere near ready, but it was getting there.

Monday, May 1, the day before Insurgent's release, I deemed the manuscript ready to send out again. I resubmitted it to Dear Agent, and also to a number of others who had requested it right around that time.

The next Monday, I learned Dear Agent was passing. She had wonderful things to say, including interest in other manuscript ideas of mine, but her reason for passing (the current market) also made me realize something. Extraction was maybe not going to be the manuscript that would land me an agent.

But that was okay! I had another idea Dear Agent thought sounded intriguing, and I was eager to start writing it.

The next day, Tuesday, May 9, I was sitting in my acting class around 12:30pm PST when I noticed I had a new email. I opened it without really noticing who it was from.

I did a major double-take.

An agent--let's call her Agent 01--had finished Extraction, and not only had it made her cry, but she wanted to talk to me on the phone sometime in the next day or so. A phone call! dizhfghdgjdgl

Only, I'd had a phone call before. So, despite the fact that I audibly squealed, I didn't get my hopes up too much. I told myself it would be another call about revision suggestions.

The next day, I was actually driving when Agent 01 called. I pulled into the library parking lot as quickly as I could and answered before it went to voice mail.

Two minutes into the conversation, Agent 01 offered representation. And my world changed.

I texted my best friend right away. I drove home (I completely forgot to check the library for the book I had wanted) and let a couple others know. My parents came home, and I jumped up and down when I told them. I also sent out emails to the agents who were reading my manuscript or still had my query letter, letting them know I'd received an offer. About ten others were reading it, at the time. I gave them a week to get back to me.

The next day, I had an email from an agent who wanted to talk to me on the phone--only, it was going to be a call with her AND another agent from her agency. Intimidating, much?

I received two more offers before the week was up. Agents 03 and 04 were also enthusiastic. Every single one of them was professional and experienced, and all of them had small enough lists that I felt I'd receive the right amount of attention from each of them. Only one had revision ideas I wasn't quite sure about.

To put it lightly, it was a tough decision.

But in a way, it was also easy. The moment I began conversing with Agent 02, I was overwhelmed by her passion and drive. Not only did she adore Extraction, but she had her entire agency behind her. Her assistant had read it in a day. I had a built-in set of cheerleaders.

Even more than that, I felt like Agent 02 got my story more than the others, which was the most important thing. She compared parts of it to real-life events that I hadn't thought to compare it to before, but they fit. She had revision suggestions, but I agreed with them. And she wanted a sequel. I also wanted a sequel. ;)

From our first conversation, I felt Agent 02 really fought for the opportunity to represent me. I felt like she really wanted it. When it came time to decide, I went with her because she was the obvious choice for me.

Between the three manuscripts I've queried, I've sent out several hundred queries and received numerous rejections. I received twenty-six requests for my young adult sci-fi Extraction. Four offers. I accepted one of them.

I am delighted to have Alison Fargis of Stonesong as my agent. :) 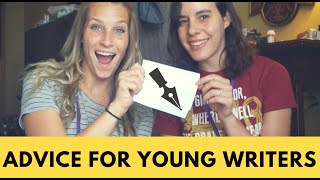 Pitching Tips from the Slushpile Pt. 2